In collaboration with Bell Media and HBO Canada, we developed a unique way to promote Westworld’s Season 2 through augmented reality engagement.

As the centerpiece of a national marketing activation campaign, this experience was aimed at old fans and new to help them discover which character they would be on the show.

We were tasked to provide a unique and engaging experience to generate excitement and hype about the upcoming Season 2 release, enticing visitors to opt-in for HBO cable subscriptions. 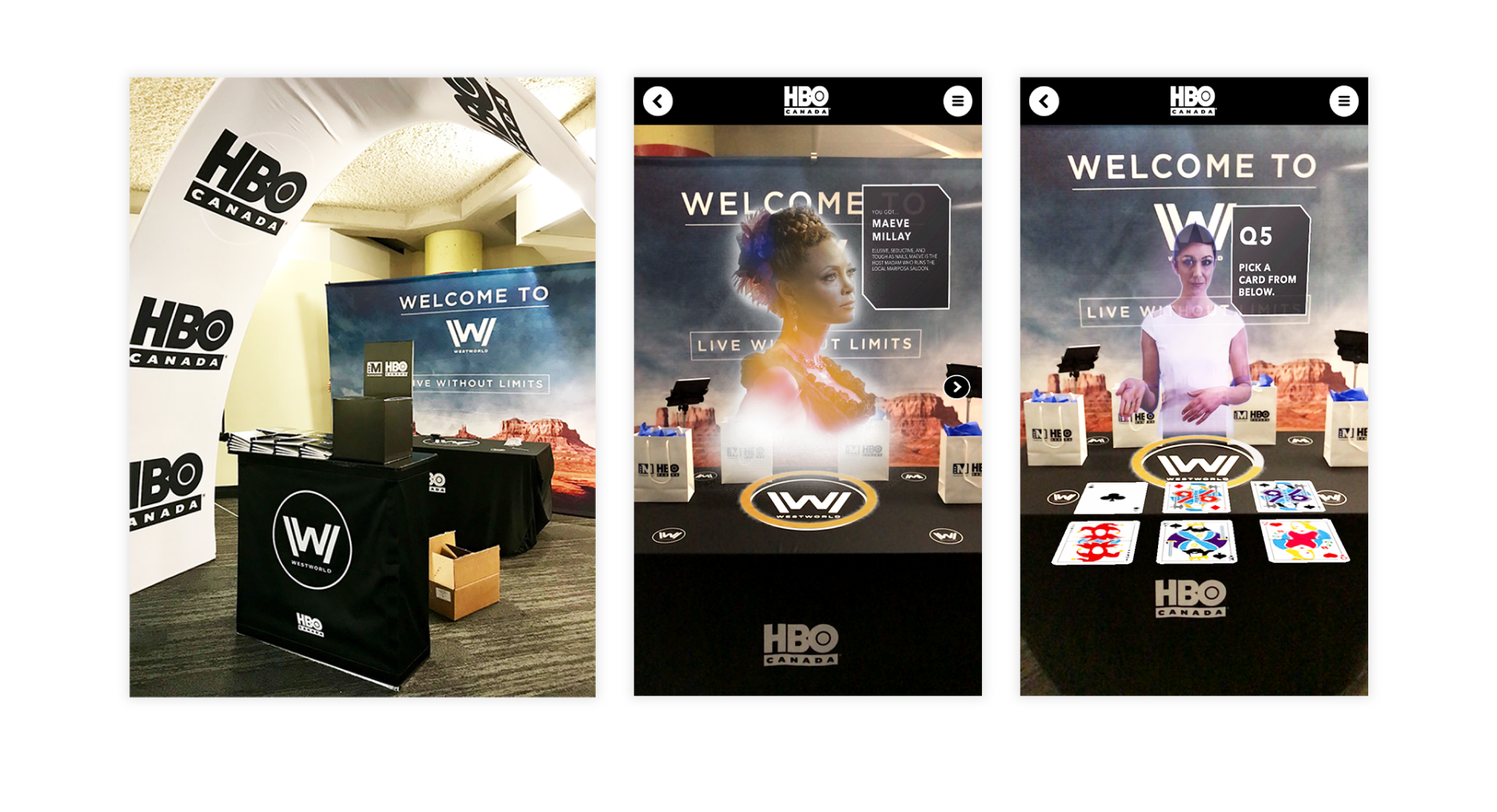 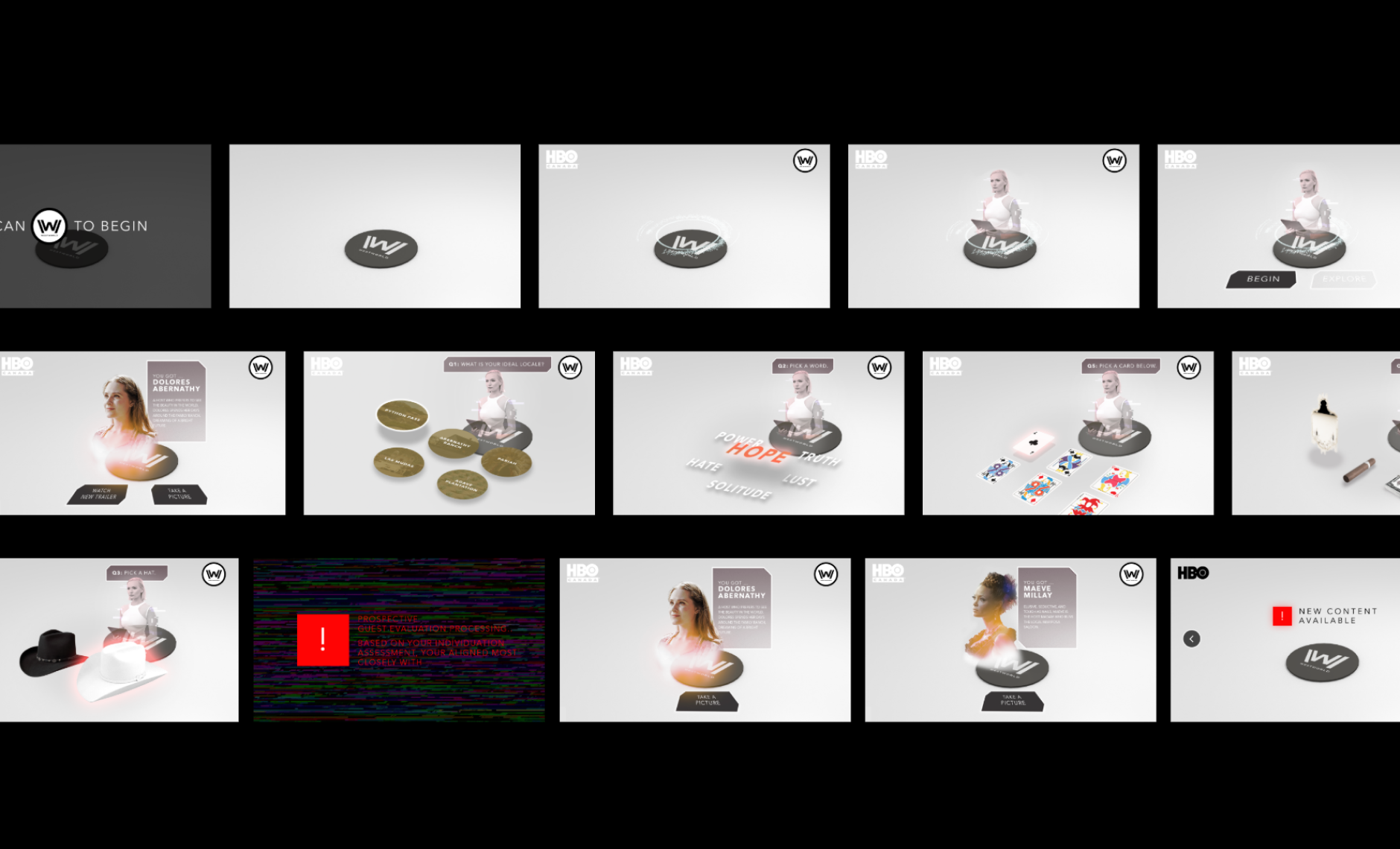 As big fans of the show, we were passionate about communicating the core aspects of the iconic series while making it more accessible to the general audience. We built an Augmented Reality personality quiz inspired by the show that allows fans to go through a selection process as if they were going on vacation at Delos.

A holographic Host walks users through a questionnaire before presenting which character they are most likely to be. Fans can also take selfies and explore exclusive HBO Westworld content for the upcoming season.

The AR experience was the centerpiece of the activation. We used marker-based AR which allowed users to trigger the experience anywhere the logo was present.